Hope For Trinket: A Cruel Injury

Paws for Life Utah needs your help to support a cruely injured kitten.  Trinket, a four-month-old tabby was horribly burned on his back and neck. 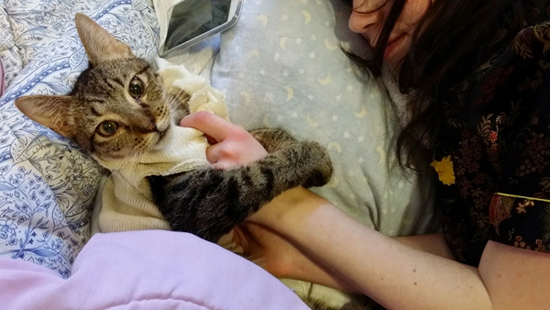 Trinket was picked up by animal control outside of Wasatch County and taken to the shelter.  Volunteers knew that unless he received medical attention immediately, his chances for survival were very small. “Upon seeing Trinket’s original picture on needing rescue, I thought the burn was about the size of a quarter and easily taken care of. Once he was delivered to me, it was obvious this kitten was in a lot more trouble with the burn starting half way down the back of his head and down half his back. It was an old burn as scabs had already formed.” says Paws for Life Utah volunteer Melody Gritton.

After Paws for Life Utah rescued Trinket, he was taken to a local veterinary clinic, where treatment began on the kitten’s third degree burns. In addition, Trinket had a severe upper respiratory infection that needed prompt treatment as well. This little guy had a big fight ahead of him, and PFLU’s foster volunteer, Tara, was recruited for his round-the-clock care.

The charred skin on Trinket’s back and neck had contracted, preventing him from lowering his head to eat or drink. His caregivers improvised feeding accommodations to allow him to eat without lowering his head.

As his little body attempts to repair itself, the burned tissue separates, opening the wound and rendering it susceptible to infection.  The vet treating Trinket says, “The danger of infection is the greatest threat to Trinket’s recovery. If he continues to receive treatment and his infections are cared for, he should recover completely.”

Along with a regular regimen of antibiotics to fight infections, the kitten is kept in an environment of high humidity to facilitate skin healing. In spite of his discomfort, he responds to his caregivers with obvious affection, and loves having his stomach scratched.


Although Trinket’s condition has improved greatly since his rescue, the kitten’s wounds will continue to need constant care with medications and antibiotics as his healing progresses, a process that the vet predicts could take months. Paws for Life Utah is asking for donations to help offset the cost of his ongoing treatment. A donation link is available at the organization’s website —  pflu.org – or call 435.503.7620 if you can help out.  A special blog has been created to chronicle Trinket’s progress at trinketsrescue.blogspot.com. 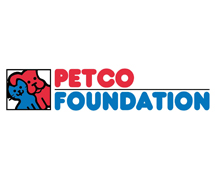 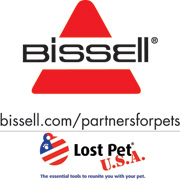